The Virginia General Assembly 2022 Session has come to an end. Yesterday, we adjourned “Sine Die”. As the snow fell, We packed up and headed home. While the session has ended our work is not complete.

Unfortunately, we still do not have an agreement on the biennial-budget between the Chambers. Tax cuts are a main sticking point between the House and Senate because of the impact on revenue and on commitments we made last year to fund transportation, education and other priorities here in our district. We will have a special session to continue to work towards an agreement in the coming weeks. We also will consider the bills that were continued from the regular session.

Last week, we finished all Committee hearings and then moved on to Conference Committees to iron out the differences between similar House and Senate bills. Two of my bills were assigned to conference committees with Senator Jennifer Boysko who was a Senate Conferee and co-patron. The conference report for my bill HB431,a bill that continues existing coverage for necessary medical formulas for PKU, was agreed to by both Chambers. The bill now heads to the Governor to sign.

My second conference committee for HB993 Unlawful Hazing, unfortunately was continued to the Special Session. I am hopeful to have the conference report approved and the bill passed when we meet. 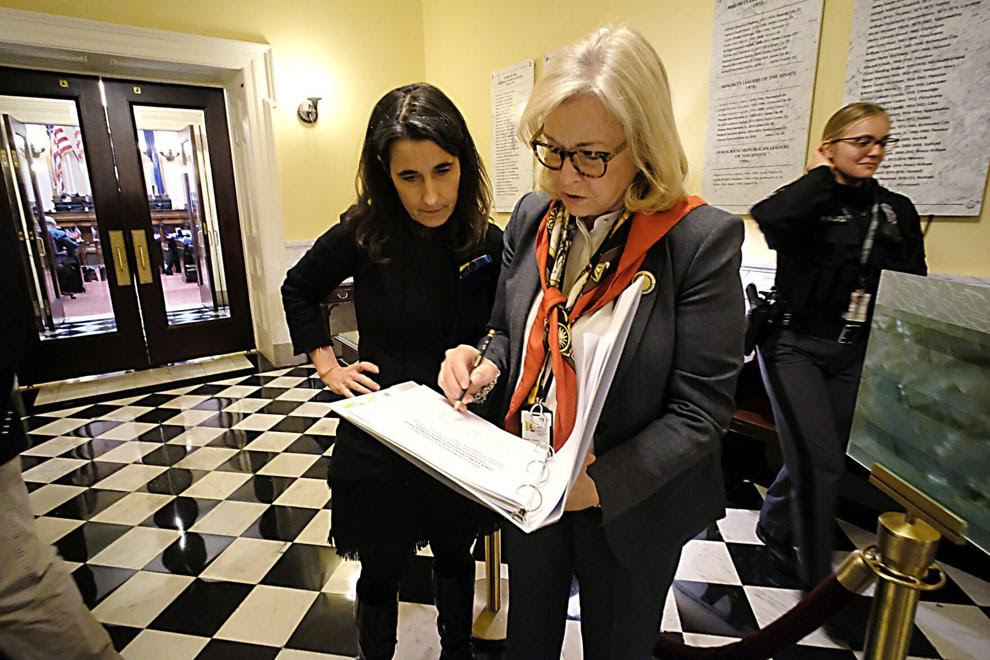 After final passage, bills are sent to the Governor to be signed into law, to be amended or to be vetoed. On April 27th we will hold a reconvene session where we will have the opportunity to consider the Governor's recommendations and vote to accept or reject any veto he has made.

Unfortunately, with the Republican majority it was difficult to pass some meaningful legislation. We spent much of our time defending many of the achievements we made in the previous sessions including increased funding for transportation. Additionally, they were able to turn back much of the progress Democrats had made to protect, our environment, voting rights, women’s rights and LGBTQ rights. And sadly, they took harsh positions on public education and took away critical funding for schools in their effort to support lab schools.

Despite these challenges I am pleased to have passed a number of important bills with bipartisan support, including Adam’s Law, my bill that strengthens Hazing Education in the Commonwealth. I am grateful that the Senate was able to block Republican efforts to expand the proliferation of guns, to increase restrictions of voting rights and killed bills that would have repealed the scheduled increase for the minimum wage.

Two of my bills passed through both chambers without any issues or conference committees. HB445 Broadband Workgroup, a bill that convenes a workgroup to evaluate how we expand broadband in new residential and commercial development in the Commonwealth. The bill is waiting to be signed by the Governor.

I want to thank the my dedicated staff and our wonderful House Pages for all of their hard work this session - the work of the General Assembly is made possible by those behind the scenes!

This past week the House Pages held their traditional debate. It is always so interesting to hear the legislative proposals made by these young people. I am especially proud of Lily Peterson, who represented our district and served as a House Page. I am very impressed with her ability to navigate the fast paced environment of the session 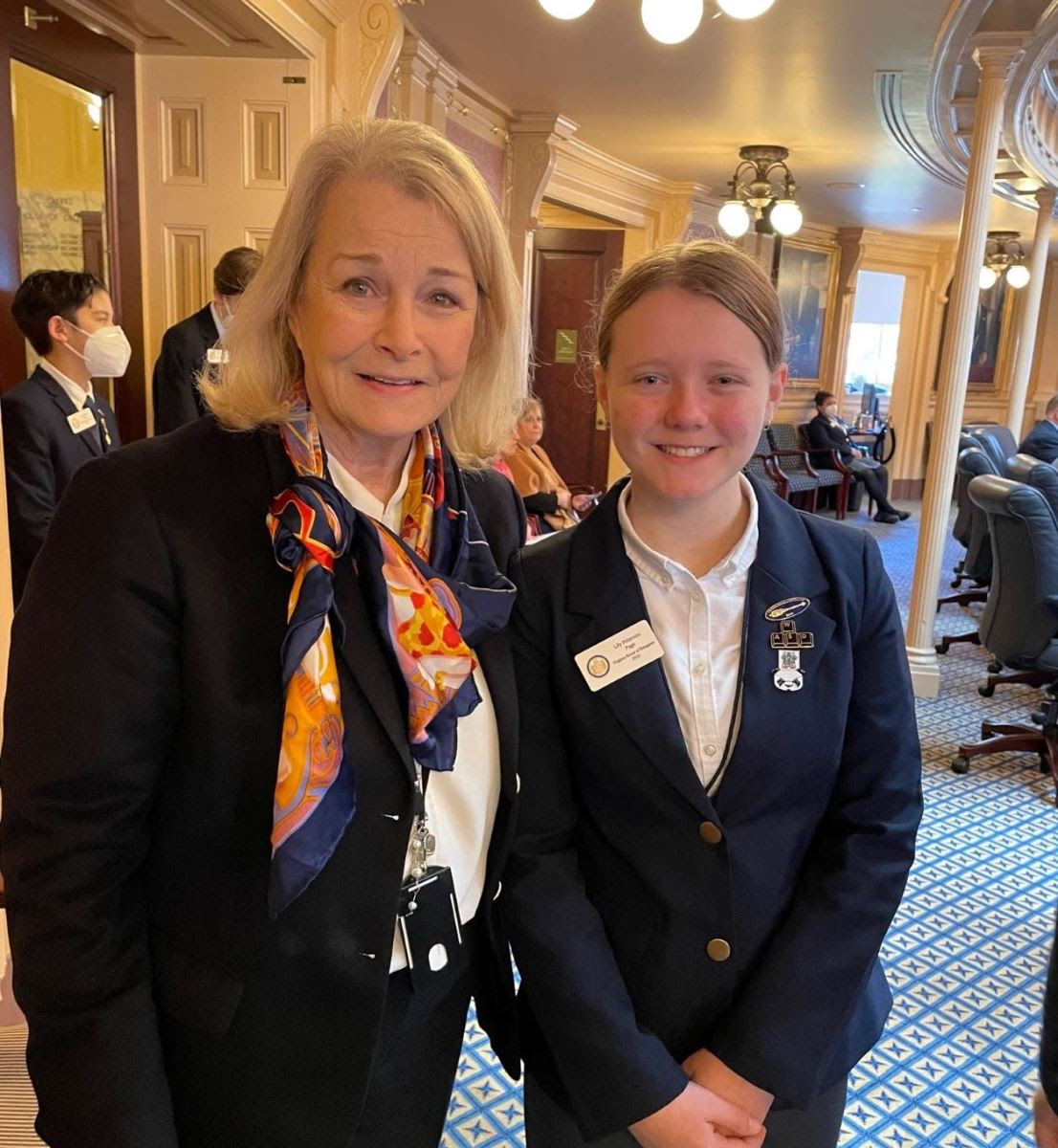 Lily on the House Floor 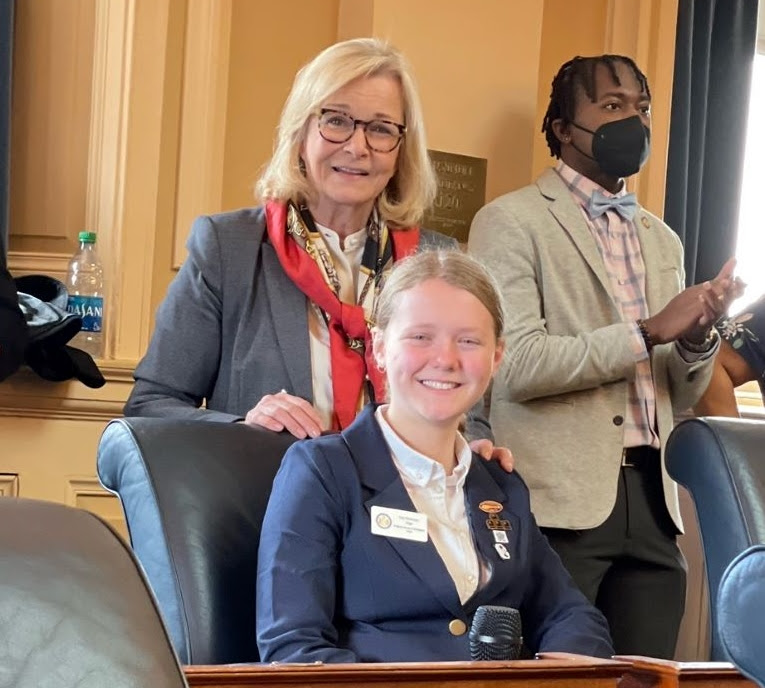 The Pages sit in their Delegate's seat during the Page Resolution presentation on the House Floor.

I hope our weekly newsletters have been informative and have helped you get a picture of the process of our daily hearings and floor sessions and the passage of the many bills we considered.

I am grateful for the support you have given me and continue to work hard to make sure your voice is heard in Richmond.

The Roundtable will be at The Virginia War Memorial on March 21st in Richmond. You can find more information for this event, here. Click the image below to RSVP! 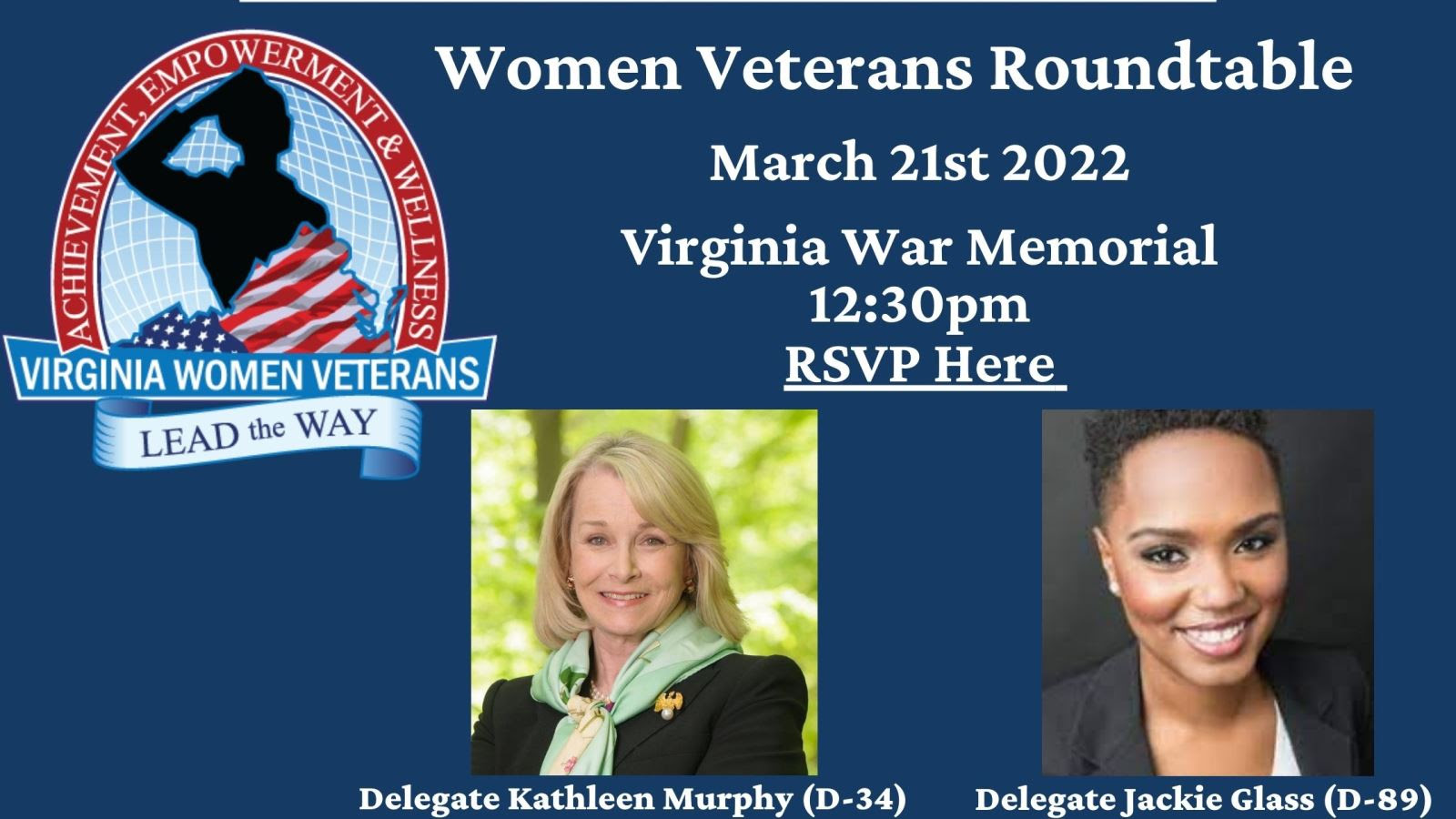